Assessment of the Natural Resources and Risks Around Sohag – Safaga Highway Using Multispectral and Hyperspectral Data for Sustainable development
July 01, 2014

This project is a Research & Development project for the fiscal year 2013/2014. This research project is included within the framework of the Seventh Five-Year Plan (2012 -2017) of NARSS, under the national program to recruit remote sensing in the field of Housing and Development (assessment of urban corridors and high resolution imaging using the hyperspectral camera to selected areas of the Nile Delta).

The Egyptian government is showing a great interest to the lateral population extension in the deserts. Accordingly, a number of roads are constructed, where Sohag - Safaga highway in the Eastern Desert is an example of such roads.

The detrimental consequences of swelling soils are most apparent in arid and semi – arid localities where the soil water content near the surface is normally kept low by evaporation. Sedimentary clays are mixtures of illite, kaolinite, with some montmorillonite. There are various soil types liable to swell; shale, mudstone, siltstone, marl. The large volume changes can cause extensive damages to civil engineering infrastructures. Foundations over swelling soils may cause damages to the buildings over which they are constructed. The area east of Sohag suffers from the presence of Pliocene clay, characterized by its swelling nature.

Although using satellite imagery, a certain proportion of soil coverage response would be masked (i.e. in or near urban areas, or under thick and dense vegetation conditions); this would open the door for low – cost, large – scale mapping of clay mineralogy. ASTER satellite imageries are used to map different clay minerals and compare between different sensors accuracy in locating these clay minerals based on some field data (ASD Spectrometer).

Development of mineral exploration methods are mainly based on remote sensing hyperspectral data to detect zones of promising mineralization, and to differentiate between the different clay minerals. The results of these processing methods are tested by field checks and the application of some relevant geophysical methods on promising sites.

The study of natural hazards will involve the use of suitable modeling software, with field check, to study and evaluate the sites exposed to dangerous slopes as obvious on Digital Elevation Models (DEM) and flash flood analysis will be investigated by studying drainage basins and meteorological satellite data. 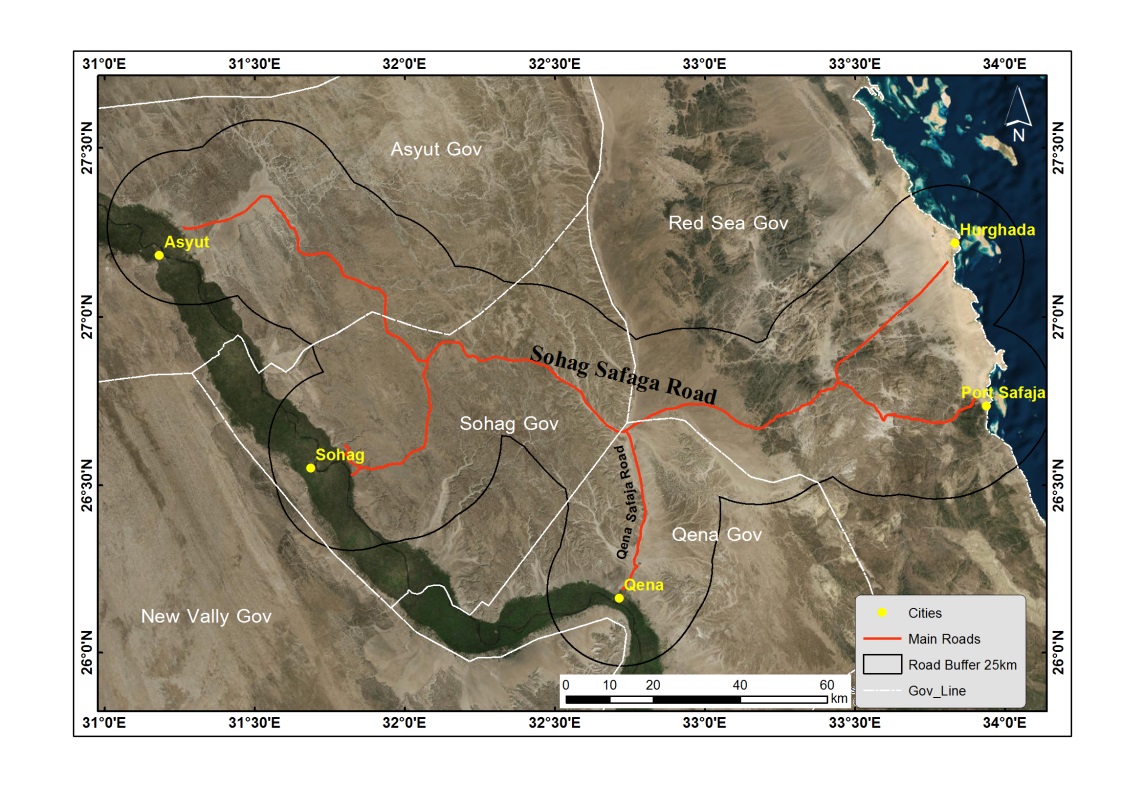